‘THE 10 THINGS YOUR DOCTOR DIDN’T TELL YOU ABOUT YOUR POST BABY BODY’ PDF… IT’S FREE! 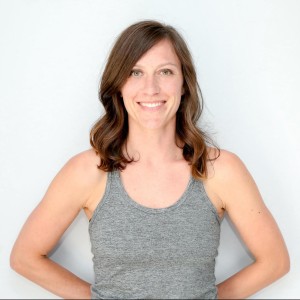 My First Thanksgiving as a Military Wife

Talk about a real slap in the face to break you in for your first Thanksgiving out on your own. I’m not sure about you, but growing up I was involved in helping prep the appetizers, but never the main meal. I don’t think I cooked my first Turkey until I was in my late 20’s.  I never realized growing up, but holy smokes, there is a lot that goes into the entire process! First, there’s the cost of the meal, then the prep, and then cooking it. And how in the world am I supposed to fit all of these dishes in with the turkey? How am I supposed to keep it all hot? It was certainly a learning process!

I will never forget our first Thanksgiving overseas.  We had just arrived in Germany and we were still in Army lodging for the holiday. I thought “I can do this,” I can cook for two plus a Chihuahua. At this point, my dog was my kid, and yes, he had a seat at the dinner table that year. Ridiculous? Yes! Do I care? No!

I quickly discovered that when you live overseas the commissary will inevitably run out of everything you need. Including a turkey and powdered sugar. Which meant it was time to improvise. We managed to get a small chicken and do without the sweets that called for powdered sugar. You bet I got my ass to the commissary way sooner the year after that.

I was going to make chicken, stove top stuffing, mashed potatoes, gravy, and corn on the side. All easy things to make, right? I put the chicken into the oven, without realizing that a German stove would be in Celsius and not Fahrenheit – which makes a huge difference! Like the difference between having a cooked chicken and a frozen chicken for your Thanksgiving meal.

I still laugh about it

I’m laughing at this very moment just thinking about it. That was our first Thanksgiving. The three of us sat at that little table in our hotel room with our frozen chicken and all of the fixings to go with it. It was sad – I cried! I was already fragile with the move, and that frozen chicken just pushed me right over the edge. I only knew how to cook two meals when my husband and I got married. One of those meals he still won’t eat to this day because I’m pretty sure I made it twice a week the first two years we were married.

That was our first Thanksgiving overseas and alone. It was a rough one, but there are so many other Thanksgivings we had along the years that are unforgettable!

The next year I was home with our families during our first deployment, and the one after that Mike had just gotten home. I’ll never forget hosting that Thanksgiving either. I was in our tiny little 600 square foot apartment cooking for a bunch of soldiers who had just returned home from war and couldn’t go home for various reasons.

We were all gathered together around a table and a feeling of many thanks for a safe return home. My husband and I have always opened our home to soldiers, especially during the holidays. When we were overseas Mike would drive down to the barracks and run through looking for soldiers in their room alone. We didn’t care who they were or what they did, what we cared about was that they had a place to go to at least have a nice meal. It was such a good feeling to be able to give that to someone on ThanksGIVING!

“You always have family in the military because the people around you become your family.”

All of my military peeps reading this, I know you get it. You know what it’s like to be away from home during the holidays and you also know how tight the military community is, especially at times like this. You always have family in the military because the people around you become your family. It’s easy to make instant connections with other military people because you know they get it. They get this insanely crazy life we live and accept it too. I feel so blessed for so many people that have opened their home to me and my family over the years, and I am glad that we were able to do the same! I have nothing but a warm and fuzzy feeling over here, love my military family!

Military Outreach MUTU System is a medically reviewed and recommended exercise and recovery program with step-by-step instructions and exercises that only take 15 to 20 minutes, that will help you strengthen your core and pelvic floor, lose weight, and feel confident and sexy again.

Ashley has made it her mission to bring awareness to military spouses across the globe on a very ignored area in women’s health. Women are suffering in silence and Ashley knows all too well the everyday struggles of the military life. This is why her passion to empower military mamas through education and resources is so strong. Her personal journey with MUTU and healing her postpartum body got her to doing what she does today, bringing awareness into the military community.

Ashley has made it her mission to bring awareness to military spouses across the globe on a very ignored area in women’s health. Women are suffering in silence and Ashley knows all too well the everyday struggles of the military life. This is why her passion to empower military mamas through education and resources is so strong. Her personal journey with MUTU and healing her postpartum body got her to doing what she does today, bringing awareness into the military community.

‘THE 10 THINGS YOUR DOCTOR DIDN’T TELL YOU ABOUT YOUR POST BABY BODY’ PDF… IT’S FREE!